There was a full house with standing room only. Residents were prepared with lap signs objecting to the General Plan and its high density, smart growth political policies. But it is so sad to say, we knew before we even stepped into the building that the Commissioners would rubber stamp this plan written by environmental planners and pushed by Upland staff, the majority of whom don't even live in the city.

We sat for over two and half hours while the Commission debated on whether to allow a sports bar to open and then whether to repeal a craft beer ordinance from the new General Plan zoning code. They asked more questions about the size and packaging of beer bottles and the hours of operation of a sports bar than they have asked in the last 5 months of meetings on the General Plan. Just outrageous!

This was orchestrated by staff that residents would have to sit for hours before they could be heard. They even planned a break before the General Plan was discussed which is done to give many an opportunity to leave and reduce the crowd. It worked, after 3 hours, some just had to get home. It was understandable but so rude of the staff. These folks wanted to be part of the process and they were denied. Even two high school students who had planned to speak had to leave because of early morning classes. Just outrageous.

When staff finally started the presentation on the General Plan edits, we kept our cool but it was hard as slide after slide showed cosmetic changes that did nothing to change the deeply embedded Smart Growth policies. 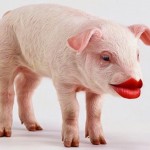 They were so proud to show they had deleted the words "in lieu of car use" and inserted car use as an option now for transportation. (Wow! Gee Thanks!) They failed, as one speaker noted, to remove any other wording or policy directed to reducing car use in the rest of the plan. This change, she noted, was like putting "lip stick on a pig" - it is still a pig. Well this plan is still a pig!

The Commissioners were also very satisfied that staff had lowered the 70 foot height for commercials buildings and reduced it to 40 feet. But again staff hid facts that tell the whole story. In the small-print foot notes, it states that 40 feet or FOUR STORIES is now maximum BUT additional heights can be requested through a Conditional Use Permit from the....(wait for it)....PLANNING COMMISSION. So here is what this means: 40 feet in commercial buildings is most likely a 3 story building. So we have gone UP to four stories in the fine print and ultimately through the Conditional Use Permit, "the sky is the limit" - literally! How did they ALL miss this. They trust staff WAY too much!! (They did say they read the plan! Really??)

For the first time in five months of meetings, Mr. Zwack, Development Service Director, introduced the Community Benefit Program which has been in the zoning code from its inception. They were ALL shocked!! (They "said" they read the plan. Really??) This is a menu of choices that gives Mr. Zwack the authority to give higher density allowances (bonuses) to developers to go beyond the zoning code limits. So if the code says 20 dwellings per acre, but they include low income housing or use "green building practices" they can get to build more units per acre, add more height to their buildings and reduce tenant parking - which takes up space they could use to build more condos. There is literally a section called a "menu" which builders can choose from to increase density, height and reduce parking. (Didn't PC Chair say with "emphasis" NO HIGH DENSITY??? The City FAQ sheet still says, no high density. They are all dishonest!)

They finally allowed the speakers to come forward. One after the other, they passionately rejected the plan, Smart Growth, the water policy that will still allow developers to build while residents are on restrictions, congestion, crime, and the Climate Action Plan which will bind Upland to reduce green house gas emissions each year until we are all out of our cars!!

One of my favorite speakers, Diane, reiterated that the local, county, state and national Republican organizations have denounced Agenda 21 and Smart Growth and reminded everyone that there were also over 500 Uplanders who stand against the plan as well. This wasn't impressive to the PC.

The three usual speakers who LOVE the plan, were there.  They basically stated unanimously that this plan isn't perfect and it probably won't ever be perfect, so let's move forward and approve it. (They definitely did NOT read the plan!) We missed the man who likes socialism. Too bad he wasn't there. SEIU didn't show up either. They must have known it would be approved - inside connections?? So again it was 3 or so FOR the plan and hundreds AGAINST the plan. But it made NO difference.

There are no adequate words to describe the level of ignorance, even willful ignorance, and dishonesty evidenced at this Planning Commission hearing. This entire process has been flawed from the beginning. And this night was no different. Staff did not present accurate and complete details. The PC denied facts and citizen objections and most amazingly, the professional planner who helped to write the Climate Action Plan could not answer what was mandated by State law and what wasn't in the CAP. But in the end it didn't matter. You could see that the Commissioners did not really care about Smart Growth - in fact they said they don't believe the plan is Smart Growth! (Even though it says "Smart Growth"in the plan. They DID say they read this didn't they?? Really??)

Just before the vote, each Commissioner took the opportunity to rail on the citizens and denigrate us. They accused the citizens of making up hypothetical outcomes of Smart Growth - "guilt by association" Sid Robinson stated. This plan to him was exactly what Upland needs. Chair Schwary, Velto, Robinson and Corrao said we didn't know what we were talking about. Chair Schwary said that the citizens we surveyed and the signatures on the petitions were meaningless because only 10 out of the 1,000 would know what they were talking about as they signed it. He used the same rally cry of Zwack and Velto, "Where are the other 70,000+?" One speaker gave a second request for a survey of the residents to see if they want this plan. Mr. Schwary doesn't care what the citizens want (as evidenced from the last five months of planning commission meetings). Even if all 73,000+ residents had been there, they would have still rubber stamped the plan.

At just about midnight, the complete plan was recommended by the Planning Commissioners to be presented to the City Council. The only exceptions were that they removed the Craft Beer section (17.21-06 J) and set aside for now the Community Benefits Program, to be reviewed at a later time.

We knew the end from the beginning but it was still hard to watch freedom die a little bit more in Upland.

A Huge Thank You!